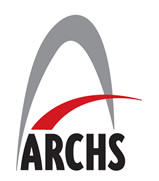 For the past nine fiscal years (2002-2010) Area Resources for Community and Human Services’ (ARCHS) financial statements have earned unqualified, or “clean,” audits from independent auditors.

The audit also highlighted that ARCHS’ “administrative overhead” costs are only 11 percent, substantially below the national average of 25 percent as calculated by the United Way.

"The audit opinion is more than an approval of accounting controls and principles. The unqualified or clean opinion signifies that the financial reporting and controls implemented are proper and sufficient to ensure the accuracy of ARCHS’ financial reporting and balances,” says Wendell E. Kimbrough, ARCHS’ Chief Executive Officer.  “It also promotes and instils confidence in ARCHS’ various funders that ARCHS is properly managing its grants and budget authority.

“The audit opinion advances one of ARCHS’ priorities, which is to enforce sound financial management practices through transparency, integrity, and accountability,” says Kimbrough.

In FY09 and FY10, ARCHS also successfully completed federal A-133 audits for its work with federal grants. An A-133 audit is required for any organization that receives more than $500,000 in funding from the federal government. ARCHS is also annually audited (financially and programmatically) by the State of Missouri Department of Elementary and Secondary Education and the Missouri Department of Social Services’ Children’s Division for specific work related to after school and early childhood programs.

ARCHS' subsidiary Leveraged Resources Management, Inc. (LRM) is in the process of preparing for a Statement on Auditing Standards (SAS) 70 review.  This high-level, voluntary review will certify the internal controls and process used by ARCHS’ LRM meets the standards set by the American Institute of Certified Public Accountants.  This process will be an ongoing quarterly review of ARCHS’ LRM by an outside agency with an opinion to be issued in August of 2012.