No collections are currently scheduled.

In 2007, ARCHS was awarded a $150,570 grant from the United States Environmental Protection Agency (EPA) to help area residents safely dispose of unwanted over the counter or prescription medicines.

The grant funded ARCHS’ Regional Excess Medication Disposal Service Partnership (RxMEDS) that focused on educating the Greater St. Louis community about the dangers related to the disposal of unused medicine in the trash or the water system.  RxMEDS provided drop off sites for these medicines. This was the first partnership of its kind in the State of Missouri and only one of two funded nationally by the EPA.

Medications collected by Schnucks  were incinerated and plastic bottles were recycled through the Cintas Corporation. Data collected provided the EPA with research on the types of medicine turned in (including methamphetamine-related drugs) and the common ways people dispose of medicine. Faculty and students from the St. Louis College of Pharmacy assisted in the data collection and analysis.

The Mississippi and Missouri Rivers supply water to more than 14 million people in the river basin. Among those drawing water resources from the rivers are the residents of St. Louis, Missouri and the Metro East Illinois area. St. Louis has received good marks in its traditional water treatment procedures but new challenges have arisen due to enhanced chemical identification techniques that are discovering misguided dumping of medications into these major waterways.

The amount of medications going into the rivers and thus flowing past additional millions of people, who draw their water downstream, is not known. This Regional Excess Medication Disposal Service (RxMEDS) project, for the first time, will allow EPA the ability to collect data on potential medication contamination by tabulating the quantity of expired or excess medications held by a sample population.  In addition the public, especially youth and senior citizens, will learn safe medicine disposal procedures, and thereby make their own homes and lives safer. 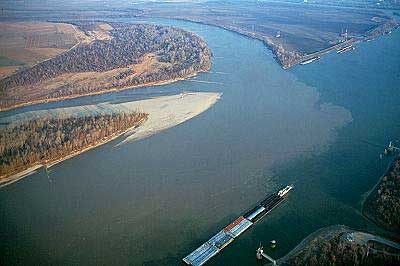 The RxMEDS’ grant area is also the region in which the Missouri and Mississippi Rivers converge. The target counties draw their water from these rivers and conversely deposit waste and chemicals into them.  Limited studies have been done in the region but reports from conservationists indicate that the Mississippi River watershed may have a problem with “endocrine disruptors’ that have a tendency to disrupt an organ’s chemical balance. Water contaminants have increasingly become a worldwide issue in the past decade, identified as the cause for problems in all species.

“Although scientists say the research is in its infancy, they have identified a large array of pollutants that might affect animals.…” Fahrenthold, D.A. (2006, September 6). Potomac’s “Intersex” fish raise pollution fears, The Washington Post, p. A01.

SAFE WAYS TO DISPOSE OF MEDICINES AT HOME: DO NOT FLUSH!

The U.S. Environmental Protection Agency (EPA) states, “Safe methods of disposal are needed for expired or unwanted medicines. Products of concern include prescription and over-the-counter medications. Improper disposal of medicines presents both a public safety and environmental hazard and wastes millions of health care dollars annually.”