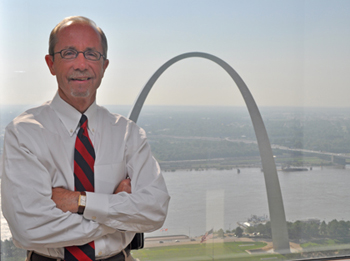 Civic Progress is a quiet presence in St. Louis. But its actions have been making big statements, and delivering big results, since 1953.

Civic Progress has been a top influential organization in the St. Louis area for decades, and has a strong commitment to improve the region through projects related to infrastructure, healthcare, safety and other big ticket items. However, Civic Progress understands that supporting education lays an important foundation for the entire community.

To enhance education for the St. Louis region, Civic Progress has provided $200,000 in funding for the After School for All Partnership for St. Louis (ASAP) during the past four years to help increase access to after school services that benefit youth, families and the community.

"I believe that when you have programs like ASAP that are well-run, well-administered and have an impressive network of after school providers, then it is really benefits St. Louis students because they are assured of a structured and learning-focused environment. This isn't babysitting," said Tom Irwin, Civic Progress Executive Director. "The other thing is that these children are safe at the various after school sites and are around positive influences that are certainly going to rub off on somebody. Maybe the positive influences won't rub off on everybody, but I guarantee that somebody will look at these positive people involved in after school and say they want to be like that."

Irwin said Civic Progress is such a strong backer of education and after school because the organization has a "civic responsibility" to St. Louis Public Schools students and other inner-city children to provide them with the wherewithal to make sure they have the same opportunities to succeed as students in Clayton and Ladue have.

"A lot of students in St. Louis don't have supervision when they get home. ASAP's after school programs provide supervision to continue the learning atmosphere created that day, and also provides benefits that are crystal clear to that child," Irwin said. "To a certain degree, kids who go to quality after school programs rather than to an unsupervised home will generally fair better in school. I don't want to make blanket statements but facts are facts and the proof is in the pudding."

Irwin said Civic Progress invests in after school through ARCHS, as ASAP's contract management and fiscal agent, because education is a focal point for the St. Louis community and ARCHS has a reputable system that works.

"It is easier to take funding and go to an established program like ASAP. You really want to be in a situation that creates community synergy and ARCHS, St. Louis For Kids and ASAP's other funding partners do this well  because their collective reputations are very solid in regards to what they offer, who they are reaching and the number of people ASAP reaches. That should not be downplayed," Irwin said. "Whether folks want to see it or not, the after school programs are part of the overall St. Louis education process."

Civic Progress is an organization of chief executives of approximately 30 of the St. Louis region's largest businesses, university presidents and employers. The group participates constructively in a select group of issues to improve the quality of community and business life and to help the region achieve world-class status.

As a small, focused organization composed of CEOs from the region's largest companies, Civic Progress is able to quickly and effectively leverage the leadership strengths and financial resources of its individual members.

Civic Progress convenes, influences and funds initiatives and activities that address urgent needs and long-term goals in selected areas of focus. The organization has a bias towards providing "catalytic" or startup funding for programs rather than operational dollars. Generally, a three-year funding time frame is preferred, during which time the initiative is completed, becomes self-sustaining, or the effort is dissolved due to lack of community support or leadership. It is clear that, after nearly 60 years of civic endeavors, the members have collectively put hundreds of millions of dollars to work for the St. Louis region.